The Association “Pistonieri Archibugieri Santa Maria del Rovo” was born in 1975 by a brilliant insight of a group of young men, mindful of the centennial traditions of Cava de’ Tirreni (SA), which brought them to take up the “Pistone” and, as a result, to become witnesses of the tradition and lovers of the history of each “Casale” and of the whole city.

The firing blanks represent the most compelling moment of the show. The “Pistone”, the firearm provided, is the development of the history of Cava of the most ancient “crackle”, a kind of the local remodulation of the contemporary and the most famous arquebus, provided by the Lansquenets, German mercenaries, leaded by Charles V, who came to Cava de’ Tirreni in 1535. And it is the coming of the great Hapsburg emperor which marks the beginning of a gunsmithing tradition, which comes to this day.

The execution of the gunshots takes place along with refined and well-organized choreographies, rhythmically scanned by the drum roll and by the trumpets. The scenic effect derived immerses the spectator in the suggestive atmosphere of that period, calling to mind the dream of glory of the ancient people.

In forty years of activity, the group has been participating to several manifestations and historical re-enactments in Italy and abroad. The Association has the privilege of being part of the CERS (Consortium of European Re-enactment Societies), which combines the most important European re-enactment groups and today represents the promoter and the cooperator of the historical events and shows, thanks to a close relationship with dozen relevant associations. Furthermore “Pistonieri Santa Maria del Rovo” joined in the European cultural project “Cooperation Network of the European Routes of Emperor Charles V”. 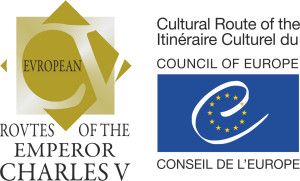